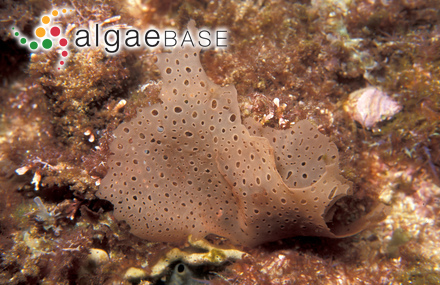 Published in: Harvey, W.H. (1855). Some account of the marine botany of the colony of western Australia. Transactions of the Royal Irish Academy 22: 525-566.

Status of name
This name is currently regarded as a synonym of Leiomenia cribrosa (Harvey) Huisman & G.W.Saunders

Accesses: This record has been accessed by users 1277 times since it was created.

Linking to this page: http://www.algaebase.org/search/species/detail/?species_id=2039