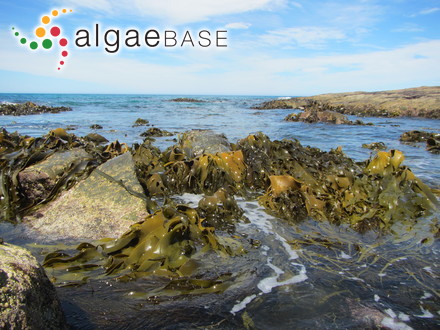 Eponomy
"Amatheia, meaning ‘nourisher’, was one of the Greek Nereids (nymphs and goddesses of the sea) who was said to rear and protect marine fishes, a role served by this and other Durvillaea species across Australia, New Zealand and the sub-Antarctic islands."

Accesses: This record has been accessed by users 217 times since it was created.

Linking to this page: http://www.algaebase.org/search/species/detail/?species_id=163426