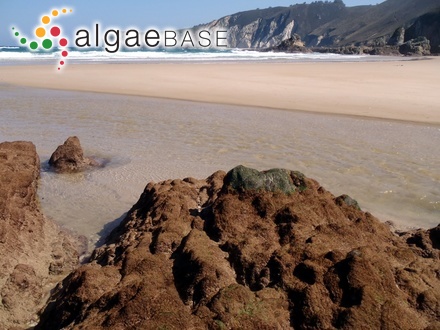 Type Species
This is the type species (holotype) of the genus Rhodothamniella.

Similar Species
Rhodochorton purpureum forms less extensive turfs. Microscopic examination (for the presence of pyrenoids in plastids) is required to be certain of the identity of this species.

Linking to this page: https://www.algaebase.org/search/species/detail/?species_id=8